Surviving When Life is Crumbling 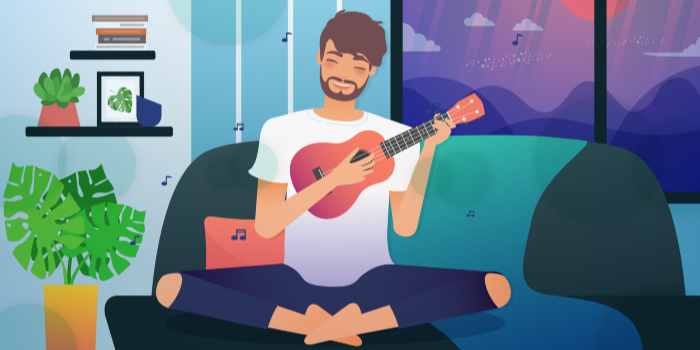 COVID-19 pandemic this year leaves everyone struggling. I used to hate phone calls. It made me feel like I had no personal space since the distance between me and the other person is basically the distance between me and my phone, only around zero point thirty inches from my ear. But like everybody, I need someone. So, I have decided to, temporarily, open my personal space for calls or video calls from everyone.

“Hey,” I greeted my friend over video call.

He waved his hands with a big smile on his face. He always considers himself an extrovert, but this pandemic does not allow him to meet people. That’s probably why he seemed so happy. He found a way to connect with me.

“I’m glad you agreed to talk through video call twice a week, four hours a day!” He sounded so excited.

This is actually his plan B. The plan A was for him to come in front of my apartment building and call me from his cell phone while I’m standing on the balcony. You know, like the Romeo and Juliet thing. Obviously I rejected it. What if he got infected by the virus during the bus ride he took on his way to my place? I am not ready to lose one of my friends.

“I thought it only happened once,” he laughed when he heard what I said.
“So, what topic should we discuss today?”

“First thing first, how are you?” He made an annoying face. He knows how much I hate small talks. In my opinion, this question will be answered with lies out of politeness. Also, it usually has nothing to do with the main topic of the conversation. In short, it is wasting my time. But since I love him, I will answer his small talks.

It’s been a while since I had a real conversation with him. Usually, we spend time together talking about everything at a coffee shop. Me with my iced americano, and he has a sweet tooth, so he drinks green tea latte or such. I found it cute, though.

Speaking of cute, he is probably the cutest man I’ve ever known. He loves Doraemon. He has a hobby of collecting its action figure. I still remember how he begged me to visit Fujiko Fujio–the creator of Doraemon– museum during my trip to Japan and asked me to bring him an action figure that he hasn’t had yet. Of course, I didn’t go to the museum. But I did buy him the action figure in one of Doraemon’s official stores while I was in Tokyo. Besides, what is the point of visiting the museum if he is not travelling with me anyway?

As for me, I think I have a lot of hobbies. But if I have to choose one that I like the most, I’d choose drawing. I find myself really enjoying the process and it makes me feel relaxed and focused at the same time. I usually post my artwork on my social media which I use as my personal gallery. From my account, everybody knows me as an Illustrator.

Yet there is a story about me that people don’t know. In the past few months, I found myself feeling pressured with drawing as a part of my job, which sometimes is the cause of stress for my mental health.

When people disagree with the colours that I chose, the shape I created, the concepts I suggested, and other details that I spent much effort on, sometimes it feels too much. Like suddenly having something heavy in my chest that I can’t explain. It is not that I can’t accept feedback, I am open to any of them, especially the ones that are realistic.

I also changed into someone who complains a lot. I disliked finding myself playing victim. Remember those small talks that are wasting my time? Yes, it felt the same as seeing me complaining, not knowing what to do. I felt lost. Didn’t know where else to go to find peace.

“Yes, I remember you’ve told me that,” he said, regardless of how annoyingly loud he can be sometimes, he is a good listener. “And I also remember, your previous job was not related to drawing, did you face any issue?”

I love how he always remembers my stories. He is right. My previous job was visual designer, in which I mostly create an interface for an app. Before I became a visual designer, I managed some projects with vendors and stakeholders. But it only lasted for ten months. Then, I became an illustrator again.

I thought it would be different, since I had ten months break off any illustration requests. But I was wrong, the stress came back. It felt worse because of the pandemic. If the situation is normal, I will be running away to work near nature such as forest, mountain, or beach. That usually helps me relax. Now I’m here, stuck at home like most humans on the planet.

These people recruited me because of my expertise. I really want to be professional while working on the project. Yet on the other side, I can’t set aside the heavy feelings that I had in my chest. It’s wasting my energy, I am exhausted.

“Why didn’t you reach me?” sounded like he was whining rather than asking. I smiled. “You did it again, did you? Thinking you don’t need any help, even from your very close friends?” I nodded. He took a deep breath then exhaled, he does it sometimes when he feels annoyed by my stubbornness. He seemed upset.

“I’m sorry,” I said it because I don’t want him to feel bad.

I told him that I talked to a doctor, a psychologist about what I feel. After forty-five minutes of the session of me denying, arguing, then finally accepting, the doctor gave me a suggestion to write about how I feel and any thoughts I’m having, for four days in a row, twenty minutes each day. If I still didn’t get any better, she asked me to contact her again. The writing will also help her to diagnose before taking any further action, if needed.

I followed the suggestion. On the first day, I thought to just give it a try. At the end of the fourth day, those heavy feelings were gone. The doctor said it was because I held too many feelings and thought. Once I write, they’re transferred to the notebook. It gave the sensation as if I’m sharing the story to a person. Except, the pen and paper can’t say anything that can trigger my stress. I realized, maybe the reason why I couldn’t share it to people is because many of them think I’m asking for solutions.

It is not that I’m having a trust issue. I grew up in a family that never shared feelings and thoughts. I’m trying to share my feelings many times, and what I get was them telling me to stop being a drama queen. Even though I tried showing it through actions, they still didn’t understand. It never worked.

My family also sees me as an independent woman. So, I’ve been trying to be one my whole life. Whining, begging, or asking help shouldn’t be in my dictionary. This one probably is the reason why I choose to talk about my issue to a doctor than to friends or relatives.

The good thing is I probably found a new hobby, writing. When I’m over analyzing something, it feels like a storm in my head. Through writing, my thoughts are more organised. Like talking but not in a rush, slowly but articulately. I can share it in the way I want my stories wanted to be heard.

I could see him giving me standing applause after I finished talking. He even opened his window for a few seconds to scream happily. See, this is how loud he can be.

“Lana, I’m happy for you!” he said, still excited while drifting back to his chair. Then a fake frown showed on his face, “Even though it hurts me that you didn’t come to me first. You know I miss your voice so bad… ” and his fake cry sound bursted out of my laptop. He laughed right after hearing my laugh.

Then he told me that he agrees with my family. I am an independent woman. Always know what I want, figure it out almost everything by myself. He also adds how his life feels so worthless because I never ask a favour from him. I never thought it is the real thing, there is someone who wishes to be needed by somebody else. Yet he is one of them.

“Also, sometimes you are annoying when you are trying to be cool and mysterious, makes me wish you could call me first but I know that would never happen.” Yes, I never call him first, but that’s because I know he will call me, telling me his weird stories that I always love to hear.

He said if I get lost again, it’s better to accept all the feelings and feel the process, maybe I can learn something from it. He continued his speech by guaranteeing that he will be there for me whenever I need someone. He can pretend to be like a pen and paper. Silent but has the ability to keep memories. Unlike pen and paper, he can give me comfort hugs after I finish writing. Then a very sweet smile rose on his face.

“Wait,” I needed time to absorb his speech. “Did you take something from Doraemon’s pocket? Like a wise sparkle perhaps? Because you sound so wise, your voice changes, your expression. I can’t even recognise you for a second,”

He chuckled, couldn’t believe what I just said. “There’s no such thing. I am wise, you just deny it all the time” again he spoke with his wise tone. Then we both laughed.

I’m glad I talked to him that day. We missed each other. Every morning I used to wake up happy realizing that he will be a part of my day. Never thought that we’re going to be separated for quite some time. Until the pandemic ends, I will pretend that my thirteen-inch laptop is a room for me to sense his presence in my day. I do need his being to keep me sane.

Thank you for reading this article. The story actually happened to me in real life during the pandemic situation. Later on I realized that the pandemic only contributed forty percent to my stress, while the rest was already there in the back of my head.

Before seeing a doctor, I have tried things like playing games all day, sleeping all day, watching movies, and reading desperate books because I thought all I needed was to cry out loud and let go of my emotions. Yet it didn’t work.

I am just a normal person. I felt ashamed when I entered the stage of accepting that I need help from a doctor. So, I decided to write this article for those of you who think you are strong (which I believe you are) but can’t show your weakness to anybody. Please remember that being weak is also a part of evolving, and it allows you to become stronger.

Don’t forget to keep your body and mind healthy! Bye!

Cheers to Widya Lestari for title suggestion and Waitatiri for editing this article!